Looking at the past, creating the future: The forgotten role of the museum The Princess and its inspiration

Michael Nathaniel Kurniawan believes the museum plays an important role in design education because we can only go forward by learning from the past.

How do artists and designers find their inspirations? When we look at man-made objects around us, we can easily notice that we live in a world of retrophilia (Hewitt, 1990) where heritage is ubiquitous (Harrison, 2013). One might argue that we live in a modern world driven by technological innovations that have left the past behind and gaze solely into the future. But can artists and designers be totally separated from the past? Even if some modern artists and designers are adamant in their ideals that they do not look to the past for inspirations, no one can deny that inspirations come from what one has seen or heard or felt or tasted or knew or thought or dreamt before. Modernism viewed the past as past cultural heritage, therefore with the might of human rationale, the Modern world tried to reject the notion of God, religions, and traditions. However, the past is merely whatever the present has passed. Thus, by this simple fact no one can be totally free from the past. The late Prof. Victor Margolin stated that,

“As creators of models, prototypes, and propositions, designers occupy a dialectical space between the world that is and the world that could be. Informed by the past and the present, their activity is oriented towards the future” (Margolin, 2007).

As a design and entrepreneurship educator at the Visual Communication Design Department and the Head of the Centre for Creative Heritage Studies of the School of Creative Industries-Universitas Ciputra Surabaya, I have been trying to investigate how Design Higher Education (HE) should approach the past for quite some time.  How did the early Design HE approach the past and how does it do now? How should the future Design HE approach the past? It was during my MA in Art and Design in Education at the University College London, Institute of Education that I tried to tackle these questions and found some answers.

One of the first modern design schools that was specifically established to support the development of industrial design was the Government Schools of Designs in London which in 1896 became the now renowned Royal College of Art. On 30 October 2008, at the first annual Henry Cole lecture at the Victoria & Albert Museum, Professor Christopher Frayling, Rector of the RCA, stated that the V&A Museum’s collection was established as a teaching resource for the design school. What is interesting to know is that at one time the museum played a vital role in design education. It was the design school’s laboratories, a means of generating new knowledge (Hinton as printed in Cook et al., 2010).

During the early Industrial Revolution, design was referred to as “ornamental’, as opposed to “fine” art and the museum’s collections, which were primarily of plaster casts and copies of objects, were the designers’ and manufacturers’ learning tools. With the proceeds of the Great Exhibition of 1851, Henry Cole tried to revitalise both the design schools and their collections by establishing the V&A Museum. However, as early as the 1860s and onwards, the disjunction between the museum and the design school began to appear as the museum became more focused on collecting elite artefacts as investments and gradually became less accessible to design schools. Further along the way in the spirit of Postmodernism, Design HE promotes a culture of criticising and challenging anything representing the establishment:

“it was the job of the Higher Education Art and Design departments to undermine orthodoxy and create anew” (Fisher 2007: 1 as cited by Hinton and printed in Cook et al., 2010).

And henceforth, the role of the museum in Design HE became forgotten. 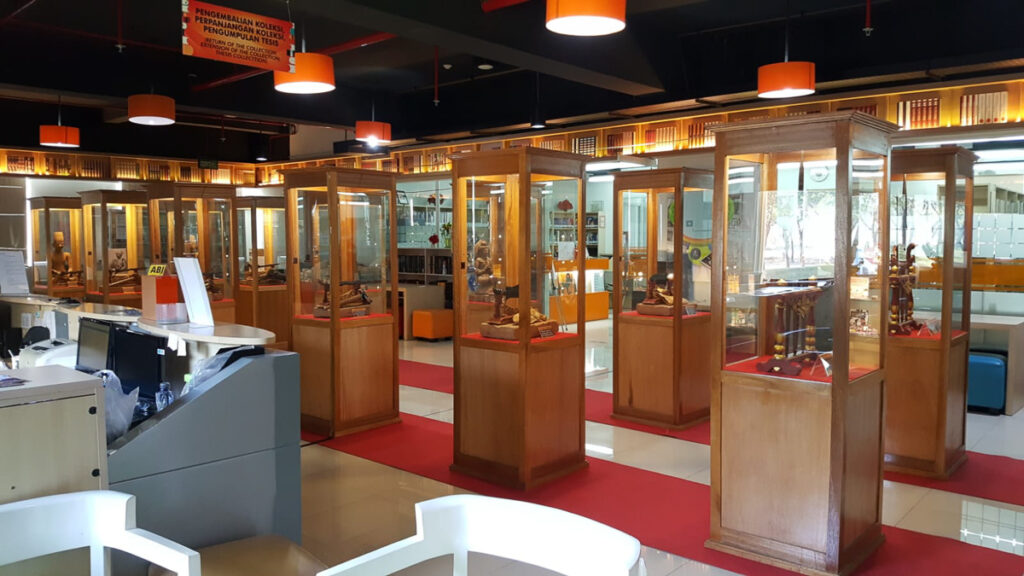 The Museum for Creative Heritage Studies at Universitas Ciputra Library

And how does the Design HE fare now? Looking at the current system of education, we can still see the legacy of the modern design school Bauhaus which is primarily workshop-based learning. But, even as early Modern Art and Design HE tried to reject everything that is deemed traditional, one of Bauhaus’s most influential figures, László Moholy-Nagy, was inspired by Indonesian shadow puppet (Wayang kulit) and its accompanying Javanese traditional (Gamelan) music when he created the “Light Space Modulator”.

“… as a cultural resource, that the ideas and values of the past can be the inspiration for fresh creation. But because we have abandoned our critical faculty for understanding the past, and have turned history into heritage, we no longer know what to do with it, except obsessively preserve it” (Hewison, 1987).

By creating and feeding the world’s appetite for things of the past, Design HE and designers have:

“turned to the past not to learn from it but to plunder it and in the process to separate design from its history. In this process Design History has been reduced to a set of objects and even more to a range of surfaces as the designer has turned the subject into a tawdry treasure trove of second-hand styles” (Hewitt, 1990).

How should the Design HE and its future designers approach the past? Through the Centre for Creative heritage Studies at Universitas Ciputra Surabaya and its museum, I revisited Henry Cole’s notion that the museum should be a “schoolroom for everyone”, especially for artists and designers. Supported by an understanding that heritage is co-created in the present based on past values for the future (Harrison, 2013), Design HE can approach the past critically and creatively.

The museum allows design students to approach and to draw inspirations from their past cultural heritage with a full awareness that they are not just simply trying to produce creative content that sells, but they are actually producing knowledge of their own past cultural heritage, and that by creating anew creative products, they are essentially creating their cultural heritage for the future. Design HE should focus on educating future designers that possess the essential capacity to create a more humane world, those who are aware of their responsibilities in the creation of artifacts, systems, and environments that make up the social world (Margolin, 2007). The past will always be part of the future, but designers have the power and the responsibility to choose and design what their future legacy will be and the museum can play a vital role within it. 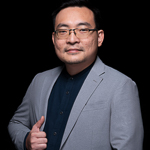 Michael Nathaniel Kurniawan, S.Sn., M.A. is a Visual Communication Design Faculty and the Head of the Centre for Creative Heritage Studies at the School of Creative Industries, Universitas Ciputra Surabaya. He became a faculty member at Universitas Ciputra since 2008 and has been teaching Art and Cultural History and Cross-Cultural Design in the context of Creative and Cultural Industries in various multi-discipline design undergraduate programs for the past decade. He is also one of the Kauffman Foundation Global Faculty alumni who intensively studied entrepreneurship education at Kansas City, the United States of America in 2011. In 2016 he was awarded a scholarship from the Indonesia Endowment Fund for Education (LPDP) to study Master of Art in Art and Design in Education in 2016 at the University College London (UCL), Institute of Education (IoE). In 2018 Michael established the Centre for Creative Heritage Studies (CCHS) at Universitas Ciputra and its Museum.  His goal as a faculty member and a researcher in the field of art and cultural history, art, design, and entrepreneurship education, and the creative and cultural industries is to help future young designers to co-create sustainable Indonesian cultural heritage for the future. 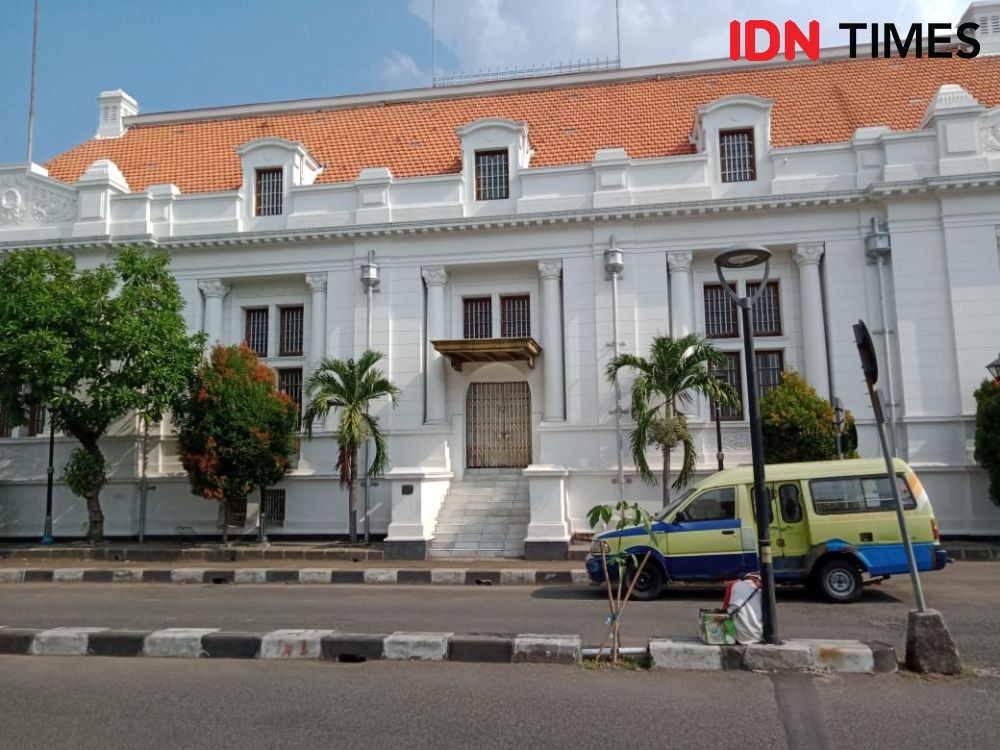